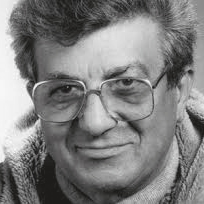 First Roma doctor in Czechoslovakia, one of the founders and former president of the International Romani Union, the candidate of the Nobel Peace Prize.

Dr. Ján Cibuľa belongs among the most prominent Roma personalities of the 20th century not only in Europe but also worldwide. Besides his career, he devoted his time and fortune fighting for the rights of the Roma and improving their position in the civilized society. In May 1971 He co-organized the first congress of the International Roma Union (IRU) in Opringtone – England. It was attended by delegates from several countries. At this congress he was elected representative of the IRU Commission on Human Rights to the UN in Geneva. In 1978, he organized the 2nd Congress IRU in Geneva of which he was elected president. In 1979 he led a delegation of twelve western and eastern Roma in the UN headquarters in New York. The success of this mission was crowned March 3, 1979, when the United Nations recognized the Roma as a nation.

Dr. Ján Cibuľa took every opportunity to draw attention to discrimination against Roma writing articles about the culture and customs of Roma. As publicly known activist he would often meet with prominent political and cultural personalities. (Olaf Palme, Jacques Chirac, Indira Gandhi, Simon Wiesenthal, and Yul Brynner) He devoted much time and effort to recognition of the Holocaust committed by the Nazis against Roma during World War II and calls for their moral and financial compensation. As an important Slovak personality he was included in the Manual of Slovakia exile culture. In 2001, he was officially nominated for the Nobel Prize for Peace. In 2002 he was awarded a prize for a lifetime effort by Associazione THEM ROMANO. Most of all, Dr. Cibuľa appreciated the Cultural prize of Bern, which he was given in 1985.

He was only the second foreigner in the long history of granting this award, which was honored by this prize (at the time Dr. Cibuľa did not have a Swiss citizenship). The first person receiving the prize was the world-famous physicist Albert Einstein. In 2008, the Slovak Government appreciated his life-long efforts for the international unification of the Roma and at the occasion of the International Day of Human Rights awarded him the Award of Humanity.