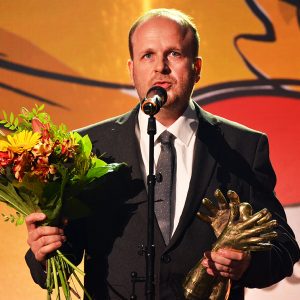 Nominated for bringing fair and balanced information about Roma and giving space to Roma in media.

Romea.cz is a respected and visited news server and became a certain counterbalance to some poor, superficial or misleading information concerning Roma in other media. Romea.cz is not only high quality server with its own news, but it is also a tool for correcting misleading reports in major media, Server has been operating since 2003 and its average attendance is around 3,000 visitors per day.

Romea.cz is currently the most visited Romani server. Through the Internet, Romea.cz informs about all issues concerning Roma and unlike traditional news sites it is trying to give as much spaceas possible to the Roma themselves.

Thanks to the collaboration with mainstream journalists and media, Romea.cz has managed to make the media’s Depiction of Roma more objective. Thanks to articles reprinted by big media outlets, assaults on Romani people or discrimination have a chance of being addressed by human rights nonprofits, the police, or the ombudsman with all seriousness.

Server provides media space to Romani bloggers and commentators, encouraging the Romani intelliegentsia to express themselves about public events. Romea.cz is training the next generation of Romani reporters who will be able to report on events from within their communities in a convincing way. There is no other online media outlet that has been continuously providing high-quality, daily reporting about Romani people and human rights issues without interruption since 2003 and also in an English edition since 2007.