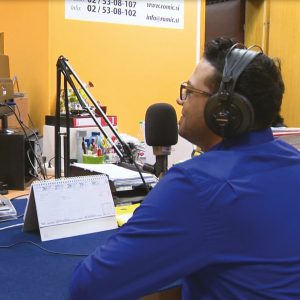 Nominated for preservation of Romani culture and identity through the means of various media and cultural events.

Romani Union of Slovenia preserves and strengthens the identity of Roma, carries out activities in the field of education, raises awareness, fights discrimination and intolerance towards the Romani community. The radio station plays an important role to preserve the Romani language and culture.

A Romani informational center ROMIC works under the Romani Union and is actually the only Romani radio station in Slovenia with its own program in Romani and Slovenian language, as well as music production and publishing.

A European Museum of Romani history and culture is also active under the Romani Union. It informs and educates the Romani and mainstream population and creates its own radio program on a daily basis. It combines home and foreign literature on Romani community, a rich audio and video archive can also be found here.

Romani Union of Slovenia creates their own audio production and organizes cultural, educational, political events on local and national level. They regularly publish the newspapers Romano Nevijpe and Romano Them. They reach up to 4000 Romani people via radio frequency, also over the
internet, where statistics from 2015 show, more than 5000 listeners / month tuned to the radio daily.

Romani Union of Slovenia informs the Romani and mainstream population about the Romani culture, language, preserves their identity, teaches about their history, etc. They produce daily program, which is transmitted in Romani and Slovenian language, they create their own one hour daily program: Romano Vilaugo.