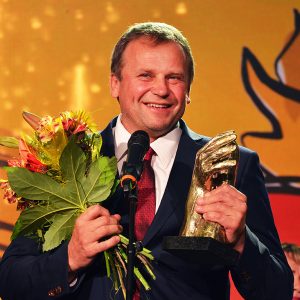 Nominated for implementing a variety of solid and inclusive municipal policies focusing on Roma inclusion.

Spišský Hrhov is a municipality in eastern Slovakia with a population of 1300 inhabitants. Around 17% of them are Roma. Spišský Hrhov has been led by charismatic and peculiar mayor Vladimír Ledecký, who managed to create a vibrant and expanding municipality since 1998. The municipal leadership included Roma into its development plans, adopting a rather comprehensive well-planned approach in addressing marginality of this minority. Spišský Hrhov belongs to one of the show cases when it comes to Roma inclusion in Slovakia because of its employment programs in its municipal firm (90% of its employees are Roma), solid housing policies and truly rare programs of inclusion in the local elementary school (the share of Roma children is at 51% at the local kindergarten and school). Moreover, Hrhov is a unique case of attempting to promote participation of the local Romani community Roma council, an advisory body to the municipality.

Municipality led by the mayor Ledecký made a conscious decision to include the local Roma into its development plans. Mayor Ledecký has been successful in convincing the ethnic majority with pragmatic arguments that the entire village would benefit from Roma’s inclusion. Hence the majority did not oppose integration policies. The municipality successfully legalized all lands, including Romani housing, which allowed to draw funds for renovation and infrastructure. The village also believed in strong partnership and support of the other key communal actors, particularly NGOs that resulted, among others, in the widely recognized municipal firm providing employment opportunities for Roma.

Roma living in Hrhov are relatively well integrated. Romani children attend the local kindergarten, children’s center, the elementary school and continue with higher education. There are several students who are studying at university. The majority of the Roma lives in their own houses or rent municipal apartments. All of the houses are equipped with the infrastructure with the same standards as the rest of the village.