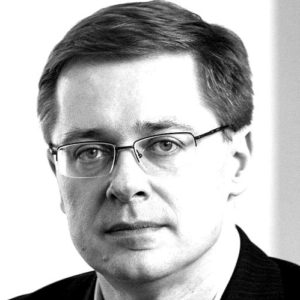 Dr. Michal Vašečka (1972) operates at the Department of Sociology of the Masaryk University in Brno since September 2002. His research interests cover the issues of social inclusion, integration of minorities and migrants, transnationalism, minority policies. Since 2005 Michal Vašečka lectures also at the Faculty of Social and Economic Sciences of the Comenius University Bratislava, since 2012 at the ISES Koszeg, and at the Bratislava International School of liberal arts since 2015. Dr. Michal Vašečka is a founder of the Center for the Research of Ethnicity and Culture, he served a director of the CVEK in the period from January 2006 to May 2012. In 1999 – 2005 he has worked at the Slovak think-tank Institute of Public Affairs as a researcher and since January 2000 as a program director on expert analysis of the Slovak transformation process with a focus on national minorities and the state of civil society in Slovakia. He has been a consultant for the World Bank in 2000-2008 and in 2011-2012.
Since 2007 he is a research fellow at the Institute for the Study of Labor Bonn and since 2010 Dr. Vašečka serves as a non-resident research associate at the European Centre for Minority Issues in Flensburg. Since 2010 Michal Vašečka is a member of the Board of the Fulbright Commission in Slovakia (chairman of the Board since 2012). Since September 2012 he serves as a representative of the Slovak republic in the European Commission against Racism and Intolerance (ECRI), human rights body of the Council of Europe. Since 2013 he is a member of the Executive Board of the Platform for Improvement of Health Status of Disadvantaged Groups, in 2012-2013 he served as a pro bono external adviser for Minister of Foreign Affairs of the Slovak republic. As a visiting scholar he operated at the New School University in New York (1996-1997), at the University of London (1998), in 2008-2009 he lectured at the Georgetown University in Washington, DC and in 2015 at the University of Michigan in Ann Arbor.